The alphabetic scripts that Spanish missionaries introduced in the 16th century to record Amerindian languages were inflected by European conceptions of written and spoken language as well as metadiscourses about writing.

This talk by Mallory Matsumoto (Brown University, USA) presents a preliminary study of colonial missionary conceptions of alphabetic writing, focusing on the K'iche'an Mayan languages from the Guatemalan Highlands. Metadiscourses in K'iche'an Artes present a perspective on written language that idealized what the alphabet can and cannot do linguistically and socially, and who has access to language in its various forms and contexts of use. These discussions illustrate the key role that writing can play in ideologies of language, as well as the analytical richness of metalinguistic or meta-orthographic expressions for understanding actual use and dissemination. 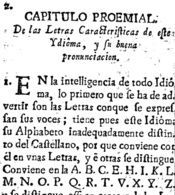